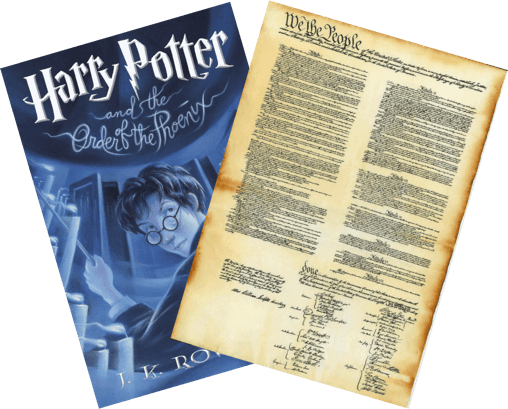 I truly believe one of the greatest fictional story villains ever created, one of the vilest characters in literature and one of the most applicable villains to the real world, is Dolores Umbridge of the Harry Potter series.

As an agent of the magical government, the Ministry of Magic, Umbridge takes the role of an educator and bureaucrat who abuses their power to the fullest extent.  Starting with the indoctrination and mis-education of the children under her care, she aims to disarm the young wizards and witches and prevent their right to self-defense against Voldemort and his evil death eaters.

As a ministry-official, Umbridge maintains a level of immunity as she outright tortures students who defy her “Ministry Approved” propaganda and misinformation campaign.  This is just one more step the corrupt government official is able inflict on a defenseless population of students.

The evil perpetrated on the wizarding world would not have been done had the wizarding world been more prepared to defend itself, and the evil regime was finally overthrown when a young Mr. Potter takes up arms against the evil of Voldemort (and Umbridge who serves in Voldemort’s Ministry).

Harry Potter’s story, whether intended by J.K. Rowling or not, is a lesson in the dangers of a disarmed and unprepared society

So, what does this say about our country and the second amendment of the constitution?

The framers of the constitution, having studied the history  of human nature, recognized a very simple truth.

Self-defense is a God-given, human right; not a man-given right

We assume that the Constitution of the United States gives rights to the people.  This is a gross misinterpretation.  The Constitution is a document meant to protect the rights of the governed from the government.

The founders understood the ability of Umbridge-like characters asserting 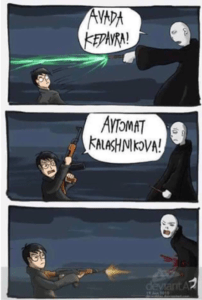 power through fear, propaganda and violence.  They put in place constraints on government to subvert a Voldemort before he could ever take power.  This is the heart of the second amendment.

Therefore, education, knowledge and self-defense go hand in hand.  In the Harry Potter Universe, the schools were responsible for educating the young witches and wizards to defend themselves against the dark arts.  At one time in our nation’s history, firearms education was part of many school curricula.  Schools also had boxing and wrestling as part of the sports and extracurricular activities.

If we ever thought this line of thinking was not prevalent in the thoughts of the founders… please consider this quote.

“A strong body makes the mind strong. As to the species of exercises, I advise the gun. While this gives moderate exercise to the body, it gives boldness, enterprise and independence to the mind. Games played with the ball, and others of that nature, are too violent for the body and stamp no character on the mind. Let your gun therefore be your constant companion of your walks.” – Thomas Jefferson

Finally, history taught us that bullies will appear in every generation.  We, at one time, knew we would have to be ready to defend ourselves against those bullies.  In the real world, we do not have such abilities as charms and spells, we do have tools at hand.  Instead of magic wands, we have firearms.

In our world, it is time we recognize the importance of bringing back “Defense Against the Dark Arts”?