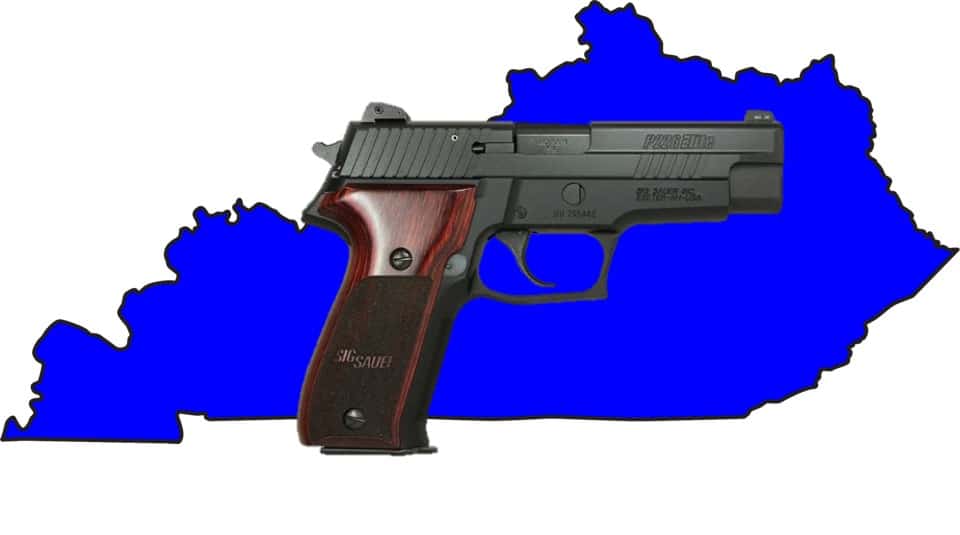 If you have been in one of my classes before, you have heard me say:

I am very excited for the announcement that Kentucky will no longer require a permit for concealed carry.  We have joined the ranks of those states who believe in the natural right to self-defense; and government need not be the gatekeeper for concealed carry in the state.

Constitutional Carry, as it has become commonly known, and better designated as permit-less carry, simply states that within the borders of a state which subscribes to such doctrine, one does not need a permit to carry a concealed firearm.

What does this mean for Kentucky residents and CCW holders?

Beginning in July 1, 2019, within the state of Kentucky… you will no longer need a permit to carry a concealed handgun.  You will still need to go through the permit process if you wish to carry outside of the state.  Most states in the USA do not recognize reciprocity with states who have permit-less carry alone.  Many states do recognize a permit that has some basic training requirements met.

Kentucky, being wise about reciprocity, is maintaining its permit system.  New permits will be issued under the same system we currently have.  They will still require a training class for that permit and all of the associated fees to maintain the system.

If you wish to be able to carry a concealed firearm in many of the states which border Kentucky and travel around the United States where reciprocity is honored, you will need to apply for the full permit.

Being a Responsibly Armed Citizen

I am a huge advocate for education and training.  While you may be allowed to carry a concealed weapon without a permit, you really should seek out training.  There is a great deal more to concealed carry than strapping a gun to your belt and walking out your front door.  Permit-less carry will soon be available, but you will still be held to the same laws as a permit holder.  Therefore, you will still have the same restrictions on where you can and cannot go.  The rules surrounding reasonable use of force and deadly force still apply to you.  As a responsibly armed citizen, it is of great importance you voluntarily seek education.

Permit holders and constitutional-carriers alike need to seek out skills based training as well.  Practicing basic marksmanship at your local indoor range is insufficient to prepare you for real world defensive gun use.

Even if you have some private land or a dynamic range to practice at, do you know how to efficiently perform handgun skills?  Have you been taught the proper techniques from a professional?  Do you know how to deliberately practice and not just send lead down range?

Go take a class in defensive handgun skills.  Take a friend with you.  I promise, it will be well worth your time and money investment.  After you take a skills class, you will then have the knowledge you need to make that deliberate practice worthwhile.

Permit-less Carry as a Great Philosophy

Until the entire USA recognizes permit-less carry as completely and totally acceptable, there will be restrictions if you do not have a permit.  So what is my advice?… I think you should still seek out the full CCW permit.

With the permit, comes the minimum education you will need, not only to be armed with a weapon, but to be armed with knowledge.  If you get your permit, you will not be restricted to only carrying in Kentucky.  You will have a basic understanding of the laws which govern concealed carry.  You might even learn better fundamental techniques for shooting.

Permit-less carry is a great philosophy.  I absolutely love that Kentucky now recognizes this fundamental right to self-defense without a fee.  We still have a long way to go in the country before this is universally accepted… and all states become constitutional carry states.  Until then, we should chalk this up as a win, and keep advocating for the enhanced freedom for our brethren in less free states.