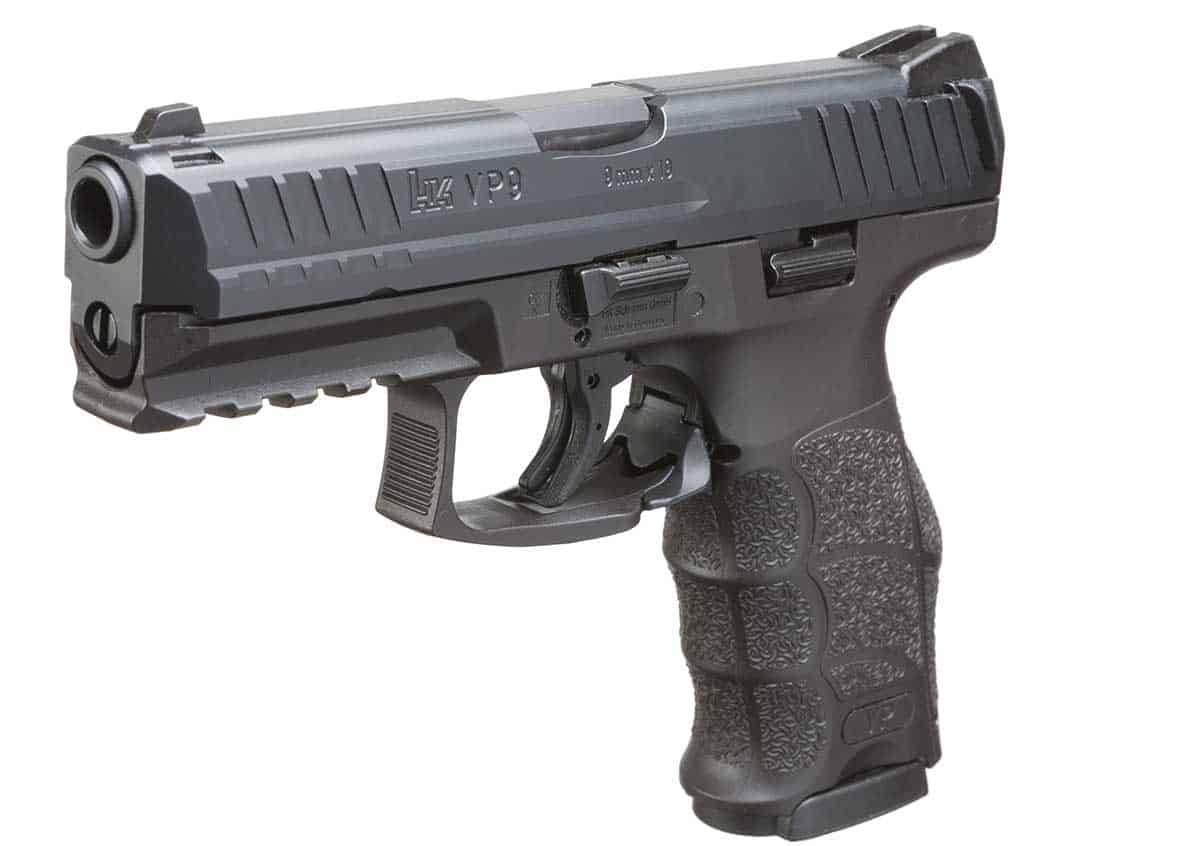 One of my favorite pistols of all time is the Heckler and Koch VP9.  It is a semi-automatic, striker-fired handgun with some of the best ergonomics in the market.  I have been carrying this pistol daily for over a year and a half and have been loving every minute.

Features of the VP9

It is slightly larger than a Glock 19, with a longer handle, but it is not quite as thick as the Glock 19.  Where this gun excels, is its fantastic trigger.  The VP9 has one of the best out-of-the-box triggers of any pistol I have put my hands on.  It has very little take up, a clean break and a very pronounced reset. 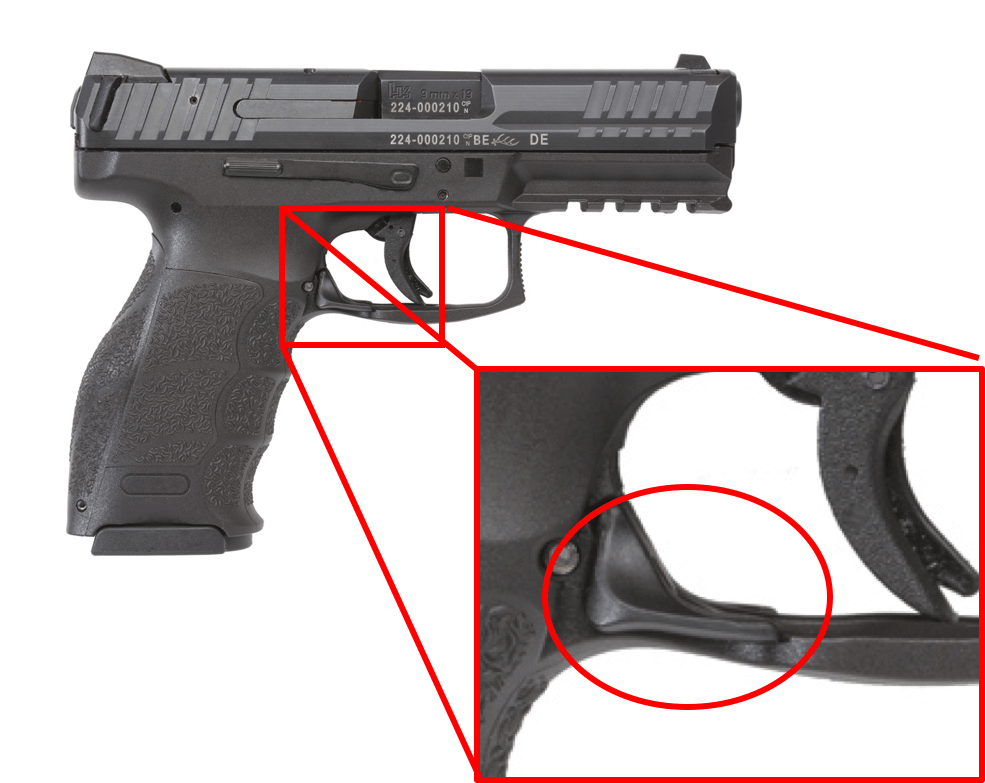 Another fantastic feature, is the ambidextrous, paddle style magazine release.  The VP9 does not utilize a button style magazine release that is common with many handguns sold in the United States.  I have trouble hitting the mag release button with some handguns that have thicker grips like Glocks.  I am forced to reposition my shooting hand when performing reloads with push button style magazine releases.  This requires more time getting back on target as I have to shift my hand back into place before having an optimal shooting grip.  With the paddle style mag release, I only have to move my trigger finger to the release and then move it back to the trigger when ready to shoot.  This can be done entirely without disturbing the grip I have with my control hand.

The accuracy of this pistol is great.  I consistently shoot very tight groups with this pistol.  The only change I have decided to make, is to swap out the factory sights for a set of Dawson Precision tritium sights.  The Dawson sights have a narrower front sight than the stock sights, and allow me to see more detail of my targets at longer distances.  At 25 yards, the stock sights would cover up an eight inch bullseye target.  With the Dawson sights, I can easily see the outline of the eight inch target.  This minor change turns this 25 yard pistol into a 40-50 yard pistol.

The only downside I have found the the full size VP9, is that it can be a slightly difficult to conceal effectively.  This is due to the full size grip.  Sometimes, depending on what clothing I am wearing, the gun will print.  Most people are somewhat unobservant and will not pay attention.  Every once in a while, though, you will encounter someone who is familiar with concealed carry.

Carrying in the appendix (AIWB) position, the grip protrudes slightly, causing a bulge in front of my right hip.  Again, most people will not be observant and simply think this is a cell phone carried on a belt clip.  Carrying behind my right hip, the grip will visibly print while bending over as my cover garment drapes over the handle.

I was very fortunate to acquire the newly released VP9sk.  It is a superb companion to the full size version.  Out of the box, it feels nice in the hand.  It has similar ergonomics, but the grip is shorter.  It fits in all of my full size VP9 holsters.

This little guy is every bit as accurate as the full size model.  In fact… in my last IDPA classifier match, I wasn’t shooting as well as I wanted to with my full size VP9.  I shot the same classifier with the smaller pistol, and ended up doing better than I did with the full size.  This was mostly due to having some down time to refocus before shooting the second gun and the fact that the two pistols shoot almost identically.

Full size VP9 magazines are compatible with the VP9sk allowing me to carry all of the same mag carriers and extra magazines.  The choice of these two guns for my EDC allow me to use the full size pistol when the clothing I am wearing allows me to conceal it, or go to the smaller version for times in the summer where it is shorts and t-shirt weather.

All around… I am very impressed with this line of Heckler and Koch pistols.

Addendum… I finished writing this little review, and a neat little image came across my Facebook feed.  One of my favorite Military-Espionage-Thriller authors, Brad Thor was giving his main protagonist, Scot Harvath, the VP9 in his newest book, “Use of Force”!  That is really awesome!