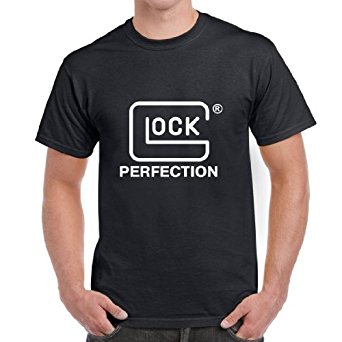 I play a little game every time I go out in public.  While i am in the grocery store, hardware store or a restaurant, I try to guess who is carrying a concealed handgun.  Then, I watch to see if I can detect the outline of their pistol showing through the clothing choices.  This is not because I am worried.  I do this to learn how to blend in better since, I too, am carrying a concealed pistol.

Remember, there is a serious tactical and safety advantage to going about your day unnoticed with your handgun covertly placed where no one knows you have it.

Let’s face facts… if I see a man or woman wearing a shirt with their favorite gun brand.  That is a pretty big giveaway that you may be carrying.  Glock, Smith & Wesson, Sig Sauer and any of the big brand names are recognizable enough to tip someone off.

Don’t get me wrong, I have plenty of shirts and hats which proudly display my favorite gun manufacturers.  I typically save those for the range, competition or lounging in my home.

I am about as pro-gun a person as it comes.  I think citizens should 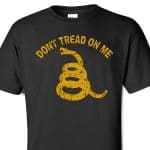 have the right to own whatever they choose until they commit a crime worthy of disallowing gun ownership.  As a disclaimer, I do not think violent felons without remorse for their actions should have guns.  I choose to use my forum as a professional firearms instructor to spread the Second Amendment gospel.  I am weary about advertising out in public when I am not instructing.

Gadsden shirts (AKA Don’t Tread on Me shirts) are a big clue that you may be carrying a concealed handgun.  National Rifle Association apparel and other pro-gun messages on shirts or hats are other indicators to pay more attention to you.  Displaying your pro-gun stance on a shirt is great!  Just be wise of where you want to display that message so that you ultimately are not identified as carrying a concealed weapon.

While less noticeable in many ways to blatant advertising of gun related themes, the tactical style clothing choices can also be a giveaway that you are carrying.  Cargo pants by 5.11 Tactical, Tru-Spec or Propper brands may be an indicator to those of us in the gun community of your carry status.

Do you have a shirt, hat or jacket with velcro to attach morale patches?  These style are very common in the pro-gun community.  Are you displaying your morale patches proudly?

While extremely functional and useful, the tactical/military inspired clothing choices are at least a signal to other gun-knowledgable individuals that you might just have your CCW permit.

If you are trying to truly conceal a gun… you should realize that simply covering up the gun may  not be enough.  Be aware of any outward indicators you may be displaying.  Be aware of your surroundings and the audience you may have.

There is a principle in the defensive training world called the “Gray Man” principle.  This is where the individual who is trying to blend in and not stand out.  They do not appear to the extreme of any side of the spectrum and do not call attention to themselves.  The “Gray Men (and women)” are extremely hard to identify whether or not they are concealed carrying.

1 thought on “The Risk of Advertising – Clothing Choices”